An uplifting string motif starts this piece of music soon joined by percussion that builds up to a broad and majestic brass melody. It is full of optimism, achievement and a great soundtrack for films, video, podcasts and any project that tells a story and takes you on a journey of discovery. It could be used in conjunction with imagery of flying and drone footage, running and travel. This orchestral soundtrack has an epic and heroic feel it with a moderate tempo at 120 BPM. 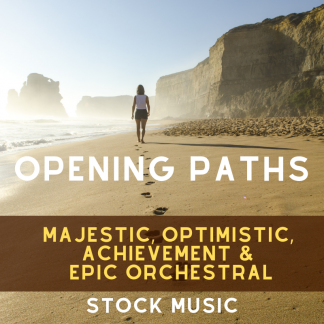