Powerful, dramatic orchestral track with a sense of an imminent attack about to happen. Danger, conflict, tension, preparing to go to battle, not knowing what awaits. This film score style track has a cinematic, epic sound, great for action, adventure, thriller type productions. 110 BPM. 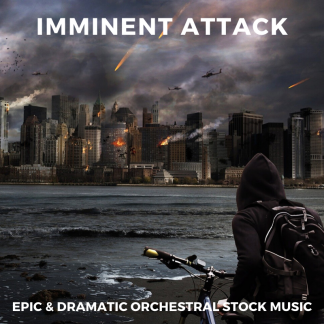